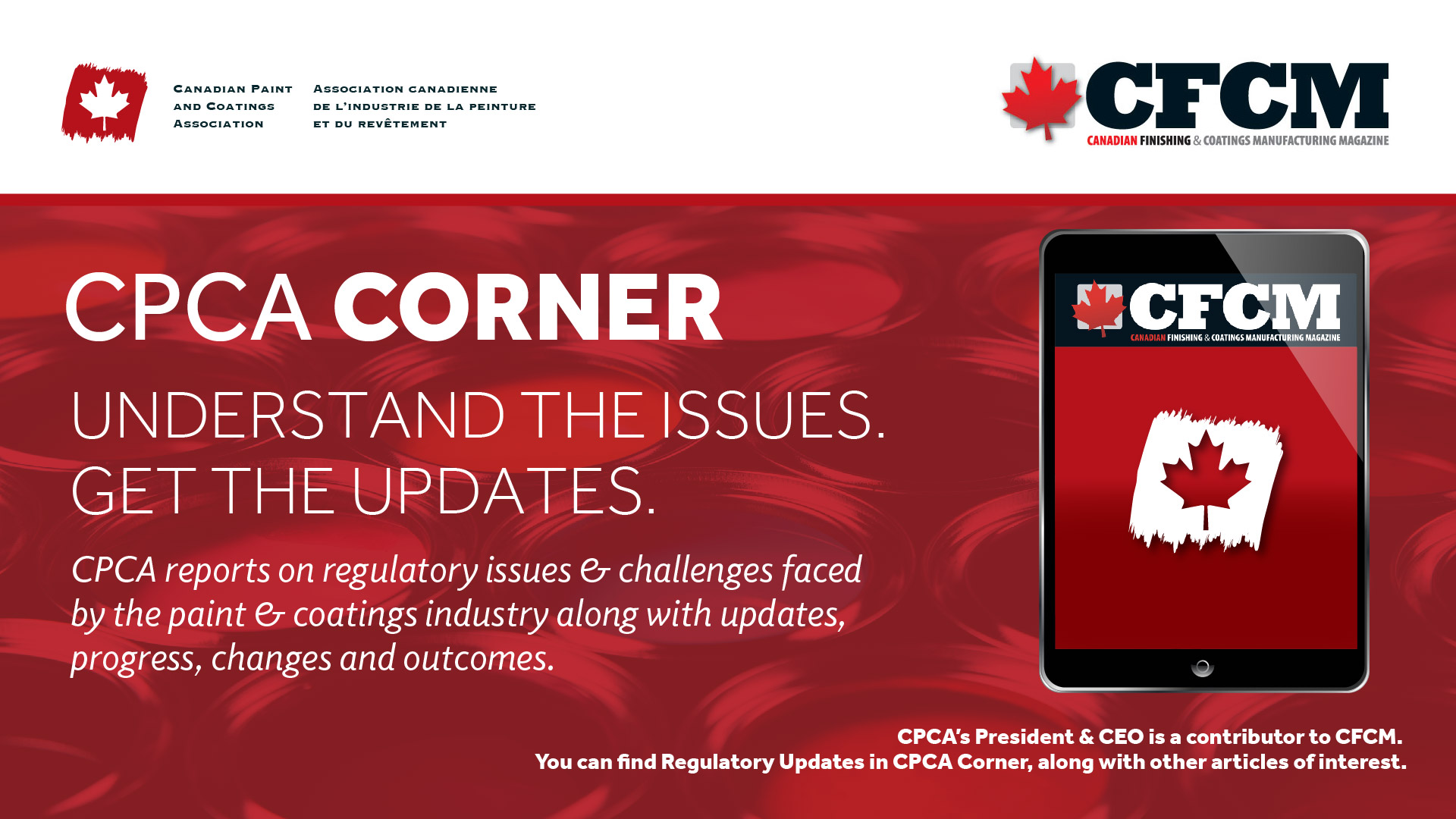 In a letter to registrants dated February 10, 2021, Canada’s Pest Management Regulatory Agency (PMRA) confirmed it will not reopen its final decision on the special review of chlorothalonil published for agricultural and turf products in 2018. PMRA is alleged to have based its decision on an EU preliminary risk analysis which later lead to a final decision in 2020 to eliminate the use of chlorothalonil in plant protection as well as in all uses based on human health and environmental concerns. Similarly, as with OIT, Chlorothalonil may very well be another example of a continuing PMRA misalignment with the US EPA. At an upcoming meeting with the PMRA, CPCA intends to inquire about PMRA’s current position with respect to their proposed decision on six preservatives, including chlorothalonil. Selective alignment is not an option. Government cannot choose to ban a substance, as they did in the case of OIT (since reversed), that the US EPA had ‘not’ banned causing misalignment initially. And, in the case of chlorothalonil arbitrarily decide to cherry pick EU data banning the substance, but again, not in misalignment with our closest trading partner the United States.

Since the windup of the Municipal Hazardous or Special Waste (MHSW) program in Ontario, the Ministry consulted with stakeholders on a new regulation for paint under the Resource Recovery and Circular Economy Act (RRCEA). The draft regulation is now available to stakeholders for a public consultation period until March 28, 2021. CPCA is working with the program operator, Product Care, on the analysis of these new regulations and making appropriate interventions where required to ensure a reasonable regulation for paint recovery and recycling in Ontario. CPCA continues to work with other like-minded associations in Ontario in seeking enhanced transparency and more accountability for ongoing changes to increasing waste recovery costs for producers in Ontario. For this there needs to be substantive amendments to the current legislation ensuring greater accountability of the oversight agency, RPRA, as well as Ministry officials who are responsible for developing policy and regulations. The new paint recycling regulation is being targeted to come into force at the end of June 2021.

Early in 2020, Environment and Climate Change Canada presented the results of a study that compared the actual VOC content in products sold in Canada to various models used in the United States including CARB 2019 and OTC Phase II. At the time, CPCA submitted comments recommending a phased-in adoption of OTC Phase II, stating that it took several years for all US states to officially move from OTC I to OTC II and that not all US states have yet done so. Additionally, we noted that most of the impact of adopting US rules will be on specialty products such as maintenance enamels and specialty primers that serve specific needs and are difficult to -reformulate.

In December 2020, Government officials shared their intent to adopt CARB 2019 VOC limits, mainly because OTC indicated they would be moving forward to adopt CARB-2019 limits in Phase 3 and the alignment with CARB 2019 would provide significant reductions of up to 7.7 Kt in Canada. A formal consultation of the proposed amendment to Canada’s Architectural VOC Regulations is planned later in the Spring of 2021. Regulators specifically asked CPCA to provide more detailed information on all product categories, which would present problems for the paint industry under the proposed new limits and to further explain how formulators expect their conversion to lower VOC limits will be technically challenging for many. CPCA subsequently distributed a survey to members and compiled the technical information obtained from several Architectural members pointing to roughly 18 category limits deemed to be particularly problematic. This feedback was shared with regulators and CPCA will hold a meeting in March to discuss these issues with officials before the formal consultation takes place.

The ongoing risk assessment of chemicals in commerce continues under the Chemicals Management Plan (CMP). CPCA continues to monitor substances implicated in paint, coatings, sealants, and adhesives and update members on regulatory actions via our digital platform, the Canada Coatings HUB, and regular bulletins. In early February, the final screening assessment for benzophenone was published and confirmed that the substance is toxic for human health when used in interior and exterior paint and coatings. Government proposed a Code of Practice as an instrument to limit its use in these products to a maximum concentration of 0.1% by weight. CPCA is reviewing the current levels of benzophenone use and will prepare an official submission with member input in the coming weeks. The Phosphoric Acid Derivatives group was also evaluated; three substances in the group were found CEPA non-toxic, however the use of trixylyl phosphate in consumer products will be monitored via significant new activity provisions. Several other final assessment reports were published including those for Dinoseb, Dimethoxymethane, Acetic Acid, and the Alkylimidazoline and Used/Re-refined Oils groups which all concluded the substances implicated do not meet any toxicity criteria under CEPA. Finally, Draft Screening Assessment reports were released for Na3NTA and the Decenes group. Na3NTA does not meet any of the toxicity criteria and no follow-up activities are planned at this time, however a specific risk assessment was made for wood furniture polishing and wood floor cleaning products as well as for spray boat cleaners. For the Decenes group, two of the substances are proposed toxic for human health: hydrogenated didecene and HTTD. These will be added to Schedule I but they do not appear to be used in paint and coatings in Canada.

CPCA continues to update the CMP substances database as these publications are released, and members are encouraged to consult the up-to-date database on the Canada Coatings HUB to ensure full compliance and limit surprises that could mean unintended non-compliance for some.

Health Canada recently published its cyclical enforcement reports for several Regulations under the Canada Consumer Product Safety Act, including the CCCR, 2001 and the Surface Coatings Materials Regulations (SCMR). For the latter regulation, in Fiscal Year 2019-2020, lead testing of 31 different products were carried out, resulting in only 1 recall.  No CPCA manufacturer members appeared directly implicated in the corrective actions required and non-compliance issues during the 2-year period. However, these publicly posted reports remind members that enforcement activities are constantly being carried out and take all necessary measures to remain in full compliance.