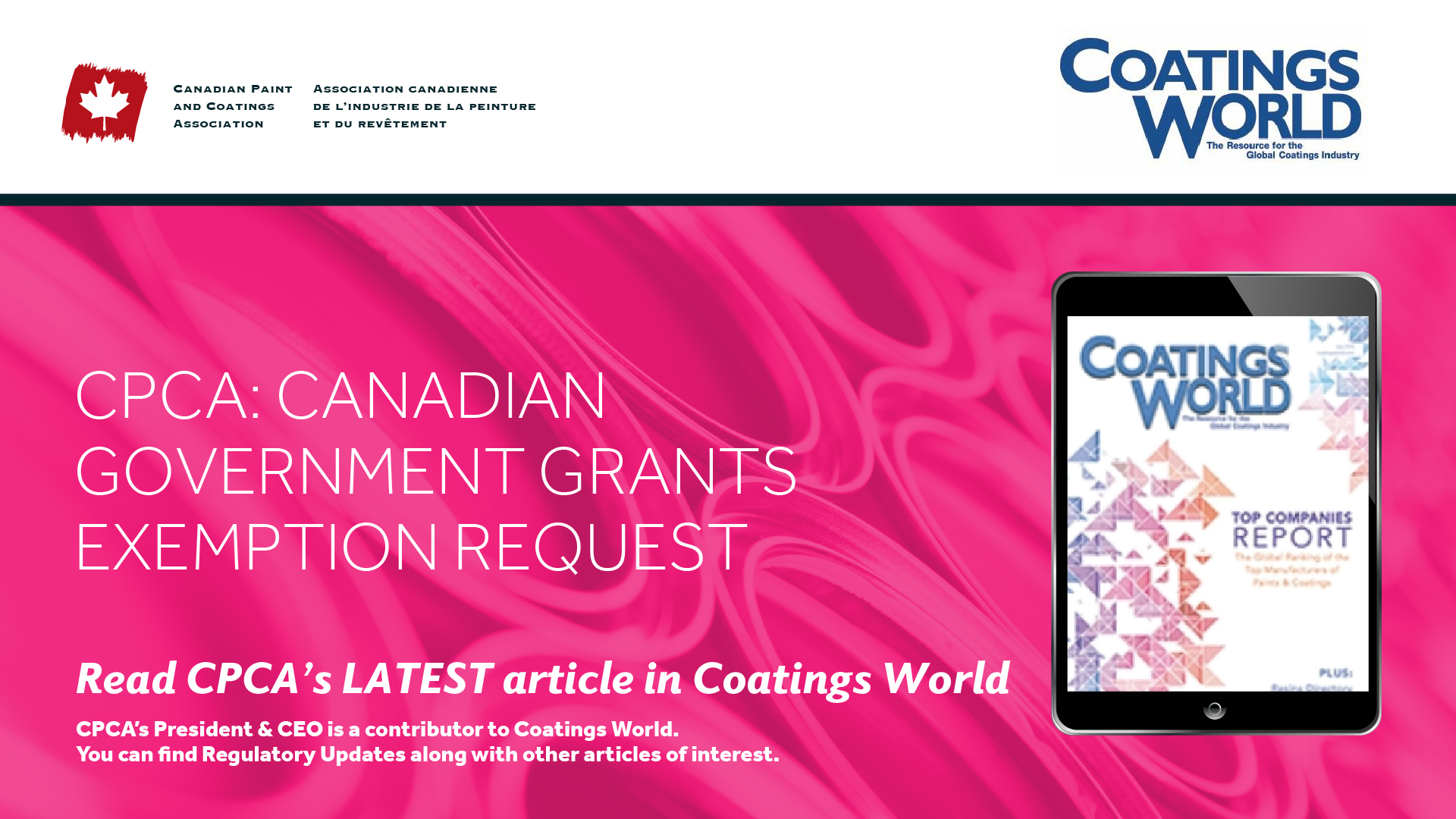 The Canadian government granted the Canadian Paint and Coatings Association’s formal request for an exemption from the proposed countermeasure tariffs on U.S. goods coming into Canada as of July 1, 2018.

In June, the federal government invited Canadian stakeholders to comment on a list of proposed retaliatory tariffs on U.S. goods in response to U.S. tariffs on Canadian steel and aluminum.

In a formal submission to the Department of Finance CPCA noted the proposed tariff on imported US steel drums and cans (proposed Tariff 7310.29) could be interpreted to include pails, cans, vats, and totes used by Canadian paint and coatings manufacturers.

With no Canadian manufacturer of these pails and cans, particularly for architectural paint and aerosol sprays, Canadian-based manufacturers would face millions of dollars in higher input costs in relation to competing finished products imported from the U.S.

Due to increasing consolidation in recent years, nearly half of all paint and coatings products sold in Canada are imported from plants in the U.S. – an increase of nearly 15 percent over the past decade. Over that time consolidation has resulted in the closure of Canadian manufacturing plants and the relocation of many head offices to the U.S.

The proposed countermeasure would have imposed tariffs on all Canadian paint and coatings manufacturing facilities, both Canadian and U.S.-owned, and further exacerbated current competitive and regulatory alignment challenges between the two countries.